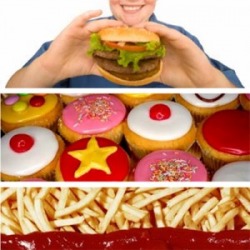 Why Some Foods Are Riskier Today

Within the past few weeks there has been a salmonella outbreak linked to a sausage and salami facility in Rhode Island, a recall of chewy chocolate chip granola bars in California also potentially contaminated with salmonella and a recall of cheese in Washington state potentially contaminated with listeria monocytogenes, which can cause serious, sometimes fatal, infections. While the sausage contamination resulted in 225 people becoming ill in 44 states, the other two recalls didn't involve any illnesses. Without stricter food-safety enforcement, though, consumers may not be so lucky.

A growing number of Americans have been sickened by foodborne illness—in many cases from food they never considered risky. While most of the 76 million reported foodborne illnesses a year are mild, 325,000 hospitalizations and 5,000 deaths are related to tainted food each year. Foodborne illness outbreaks appear to be increasing, the Food and Drug Administration says.

That's partly due to better surveillance and detection methods. But it's also because new disease-causing organisms have emerged and imports of food from countries without the same safety standards as the U.S. are on the rise. What's more, consumers are demanding less-processed foods such as raw milk and fresh juices that aren't cooked or pasteurized to kill bacteria.

Pending food-safety legislation would give the FDA sweeping new powers to police food safety and focus its efforts on preventing food contamination. The House passed a food-safety bill in July, and a similar bill is awaiting a full vote in the Senate. Food-safety advocates are hoping that a compromise measure will become law this year, which would allow the FDA to heighten its inspection of imported food, set safety standards for fresh produce, force companies to recall tainted products, and require companies to keep better production records.

Food industry groups have taken a number of steps to make food safer, including creating industry guidelines to minimize bacterial contamination on farms and meat-processing facilities. Food processors are also working on programs to better trace products through the supply chain. They also point out that while Americans consume about one billion servings of fresh produce every day, according to the United Fresh Produce Association, illness outbreaks are rare.

But while the U.S. food supply is still among the safest in the world, "there are many gaps in our country's food safety net that could result in serious adverse public health consequences," says Michael Doyle, director of the University of Georgia's Center for Food Safety.

Among the most serious concerns: a rise in imports to meet consumer demand for year-round fresh produce and fish, among other items. The FDA currently lacks oversight of food from countries that don't have the same level of sanitary practices as required in the U.S., Dr. Doyle says. That's one reason why disease outbreaks have been linked to imported green onions and jalapeno peppers from Mexico, white pepper from Southeast Asia and dried vegetable powder from China used on potato chips. Consumers may also ignore warnings about unsafe food habits because of preferences for foods such as raw oysters, rare hamburgers, fresh juices, unpasteurized cheese and runny egg yolks, which all carry higher risks of contamination.

Last May, College of Charleston student Margo Moskowtiz says she took a small bite of raw Nestle Toll House chocolate chip cookie dough before baking the entire batch—and ended up in the hospital for a week with an e.Coli 0157 infection—a strain of a bacteria that can cause severe illness, kidney failure and even death. Though the Nestle label carries warnings to bake the product before consuming it, Ms. Moskowitz admits, "I've eaten raw cookie dough a million times" without incident. Nestle recalled the refrigerated dough products in June after illnesses were reported in 28 states. In January, however, the company found e. coli in two samples of dough in a Virginia factory. After determining that flour was the likely source, it halted production to reformulate the dough with a form of heat-treated flour to kill bacteria. The FDA subsequently put out a warning reminding consumers to avoid eating raw cookie dough.

While flour hasn't been considered a risk factor in the past, bulk raw commodities like flour and pepper may be contaminated during processing by bacteria carried in rodent droppings in factories, or in processing facilities near farm animals, says Sam Beattie, a food science specialist at Iowa State University.

"We live in a microbial world, where we are going to consume a certain amount of microorganisms no matter what we do," says Dr. Beattie. "For most people the risks of illness are low." However, he says, it's wise for pregnant women, the elderly, children, and those with compromised immune systems to take extra precautions.

The FDA and the Centers for Disease Control and Prevention provide advice for consumers on their Web sites about how to avoid foodborne illness and prepare food safely. MakeOurFoodsSafe.org, a coalition of public health organizations, consumer organizations, and groups representing the families of victims of foodborne illness includes members such as Safe Tables Our Priority, which allows consumers to sign up for email alerts on food outbreaks.

Donna Rosenbaum, the group's executive director says consumers don't always have the information they need to make safe choices. For example, safety questions have been raised about fish from countries such as Thailand and China grown in ponds in which raw animal manure and human sewage are used as nutrients. But if fish imported from Southeast Asia stops in San Francisco and is dredged in flour or marinated before being sent to the grocery store in a package, the fish's origin may not be labeled. Safety advocates say taking precautions in buying and preparing food can only go so far.

"We have to provide the FDA with the tools it needs to prevent problems" says Sandra Eskin, director of the food safety campaign at the nonprofit Pew Charitable Trusts. "Without a modernized law there is only so much we can do as consumers to protect ourselves."

Dangers in Your Diet These foods can be contaminated with pathogens that cause illness or death. Some can be decontaminated through proper cleaning and cooking.

but
You CAN make SMART food choices

To have a heart-healthy diet: