MEDICATION/DRUG
Allergies and Side effects 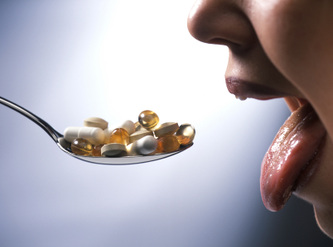 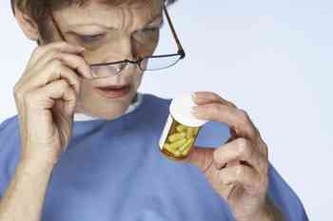 I have learned in  over 30 years that any one drug in any one patient, can cause any one problem!
Beware the doctor who says that your particular side effects are definitely not related to your particular medication.
Would you take a drug which can cause sudden death due to an allergic reaction, asthma or can cause a fatal gastrointestinal bleed? Your first response would be "No!"
What if I said that aspirin can cause any of these side effects?
Did you know that the commonest cause of drug induced liver failure in the world is acetaminophen (Tylenol)?
So what I'm trying to say is: don't rush to the physicians desk reference and read up on the side effects of any new drug you are prescribed. It will freak most people out! Do, on the other hand, ask about important common side effects or potential drug interactions.
If you develop a symptom or sign that you think may be medication induced or related, please call or email me before just stopping the medication. Of course if the symptoms or signs are dramatic and obvious eg a rash after starting a new medication, then just stop and still contact me immediately. I don't want to hear about it 3 months after the event.

Side effects can vary, but the more common include:

Most side effects of drugs are not due to an allergic reaction. For example, aspirin can cause nonallergic hives or trigger asthma. Some drug reactions are considered "idiosyncratic." This means the reaction is an unusual effect of the medication, not due to a predictable chemical effect of the drug. Many people confuse an uncomfortable, but not serious, side effect of a medicine (such as nausea) with a true drug allergy, which can be life threatening.
So in many cases, what appears to be a drug allergy is actually a reaction that doesn't involve the immune system. Although they may seem like an allergy, drug reactions may be a drug side effect or signs of a drug sensitivity — not an allergic reaction.
Some examples of drugs that commonly cause nonallergic reactions include:

While anyone can have an allergic or nonallergic reaction to a drug, a few factors can increase your risk. These include:

Those who have a greater risk of developing a more severe reaction to medications include people with:

Once you know you have a drug allergy, you'll need to avoid that drug and related drugs.

Tell all of your health care providers, including your dentist, about your drug allergy. In case you're in an accident, you may want to wear a medical alert ID bracelet so that emergency workers will know about your allergy. In addition, you may want to carry a portable epinephrine injection (EpiPen, EpiPen Jr, Twinject) with you.
The Heart Perils of Pain Reliever


Common pain relievers like ibuprofen and naproxen — called nonsteroidal anti-inflammatory drugs, or Nsaids — are the go-to drugs for headaches and pulled muscles, arthritis and menstrual cramps. Their labels have long warned that overuse may increase the risk of heart attack and stroke, but we rely on them as we do on few other medications. And for good reason: They work.

Occasional use of Nsaids is not likely to lead to cardiovascular consequences. But an authoritative and ambitious new analysis that included data from over 600 trials, including detailed case histories of more than 350,000 patients, concludes that people who take high doses of Nsaids daily increase their cardiovascular risk by as much as a third, compared with those taking a placebo. The one exception is naproxen, which may actually have a protective effect against heart attacks.

The absolute risk of cardiovascular trouble for those who take high doses of other Nsaids regularly is still quite small. Nonetheless, the findings suggest that people who rely on them may want to explore alternative pain management methods, especially if they have other risks for heart disease, or a family history of it.

“There aren’t really good choices for chronic pain,” said Dr. Marie R. Griffin, a preventive medicine specialist at Vanderbilt University Medical Center who wrote a commentary on the new study, published last month in The Lancet. In addition to the potential harm, Dr. Griffin said, painkillers like Nsaids often don’t really do the job when it comes to chronic pain.

“If these drugs are making your life a lot better, that may be worth the risks,” she said. “But a lot of people will tell you, ‘I can’t tell if they’re doing anything, I just take them every day anyway.’ ” Nsaids include ibuprofen, sold under the brand names Motrin and Advil; naproxen, sold as Aleve, Naprosyn, Anaprox and Naprelan; and celecoxib, sold as Celebrex and available only by prescription.

Aspirin, also an Nsaid, is primarily used in low doses to prevent heart disease and was not included in the analysis.

The cardiovascular risks associated with Nsaids first came to light more than a decade ago when studies of drugs like Vioxx, Bextra and Celebrex found increased risks of heart attacks and strokes. Merck withdrew Vioxx from the market in 2004, and Pfizer withdrew Bextra a year later.

Since then, evidence has been gathering that nearly all Nsaids pose some cardiovascular risks in heavy users, said Dr. Garret A. FitzGerald, the director of the Institute for Translational Medicine and Therapeutics at the University of Pennsylvania and one of the new report’s authors. The consistency of the cumulative findings in genetic, mouse and human studies “is extremely rare,” said Dr. FitzGerald.

The analysis, financed by the Medical Research Council of the United Kingdom and the British Heart Foundation and published online on May 30, was five years in the making.

Diclofenac, which is not used much in the United States, and COX-2 inhibitors like celecoxib, marketed as Celebrex, account for three heart attacks and strokes a year on average — one of them fatal — among every 1,000 patients taking high doses regularly, the study found. Officials at Pfizer, which makes Celebrex, say it is not approved for use at doses higher than 400 milligrams a day, and they have maintained for years that it does not carry the same risks as other COX-2 inhibitors, an assertion that Dr. FitzGerald said “is not borne out by the data.”

It may also be that ibuprofen dilutes the benefits of low-dose aspirin therapy among patients at risk for heart disease, Dr. FitzGerald said, but it was difficult to determine this without detailed information about patients’ use of aspirin.

For those who can tolerate it, the safest therapy appears to be naproxen. Even at high daily doses of 1,000 milligrams, naproxen does not increase cardiovascular risk and may actually have a protective effect similar to that of aspirin, the analysis found. Unfortunately, it also appears to cause more gastrointestinal problems than other Nsaids, while the COX-2 inhibitors like Celebrex generally seem to cause fewer such complications.

All Nsaids — including naproxen, which may protect against heart attacks — increase the risk of heart failure, the study found. Nsaids may also cause damage to the liver and kidneys and raise the risk of high blood pressure.

Still, some doctors worry that all the focus on cardiovascular risk will dissuade people who live with chronic, severe pain from taking advantage of treatments that, statistically speaking, are unlikely to cause them harm and can substantially improve their quality of life.

“People get very worked up about the cardiac risks, and they are real,” said Dr. Brian Walitt, a rheumatologist and associate professor at Georgetown University. “But these are population-wide risks. There are people with arthritis using these drugs every day, or most days, and most of them never have a problem.”

So how do consumers choose the right pain relievers? Here is some advice from the experts:

■ For people who can’t function without daily use of Nsaids, “our advice has always been, use the lowest dose you can for the least amount of time you can,” said Dr. Steven Nissen, chairman of cardiovascular medicine at the Cleveland Clinic.

■ If you have heart disease or risk factors for it, your doctor should assess the risk of chronic Nsaid use based on your personal medical and family medical history. A history of gastrointestinal problems should be part of the equation as well.


The Food and Drug Administration announced on Monday that a commonly used anti-malaria drug must carry the so-called black box warning on its label because of the danger that the drug could cause serious neurological and psychiatric side effects, some of which can become permanent.

The drug, mefloquine hydrochloride — better known by its brand name, Lariam — has long been known to cause side effects that include ringing in the ears, depression and hallucinations. The announcement on Monday clarified that some of the symptoms, like dizziness and loss of balance, could become permanent. And some of the psychiatric symptoms, the agency said, could persist for months or even years after a patient ceases taking the drug. A black box warning is reserved for drugs whose side effects are considered the most severe. The agency warned patients and caregivers to be alert for these side effects and to stop use of the drug if a patient develops neurological or psychiatric symptoms.

Mefloquine was developed by the United States Army, and it entered the commercial market in 1989. Roche, the brand-name manufacturer, no longer sells Lariam in the United States, but generic versions are available.

For years, the drug was favored by travelers not only because of its effectiveness but also because it could be taken once a week, rather than once a day, said Dr. David O. Freedman, director of the travelers’ clinic at the University of Alabama at Birmingham. As warnings on its label steadily increased in severity over the last decade, Dr. Freedman said that his clinic had shifted to other drugs. Ten to 20 percent of his patients traveling to malaria-prone areas now receive a mefloquine prescription, he said.

Mefloquine is the third-most-prescribed anti-malaria drug in the United States, with about 119,000 prescriptions being written for the drug from January of this year through June, according to the research firm IMS Health. Nearly 2.4 million prescriptions were written for the most common anti-malaria drug, hydroxychloroquine, during the same period.

The drug has taken on a dark mythology among many travelers, who have long traded stories about the vivid dreams or strange hallucinations they experienced while taking Lariam. It has also been implicated in cases of violence among military personnel, although others have noted that serious side effects are rare.