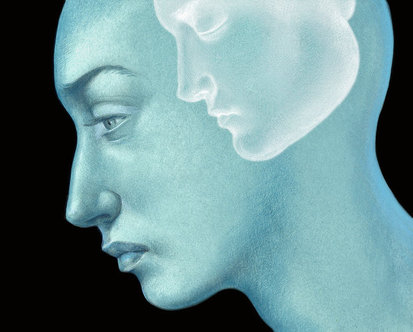 Bereavement — how one responds and adjusts to the death of a loved one — is a very individual matter. It is natural to experience a host of negative reactions in the weeks and months following the loss of a loved one: among them, sadness, difficulty sleeping, painful reminders of the person, difficulty enjoying activities once shared, even anger.

Grief is a normal human reaction, not a disease, and there is no one right way to get through it. Most often, within six months of a death, survivors adjust and are more or less able to resume usual activities, experience joy, and remember their loved ones without intense pain.

But sometimes, even when the loss is neither sudden nor unexpected, as is true in the majority of deaths in the United States, survivors close to the deceased can experience extremely disruptive grief reactions that persist far longer.

In a report last month in The New England Journal of Medicine, Dr. M. Katherine Shear presents a composite portrait of what is known as complicated grief, an extreme, unrelenting reaction to loss that persists for more than six months and can result in a serious risk to health. She describes a 68-year-old widow who continued to be seriously impaired by grief four years after her husband died. The woman slept on the couch because she could not bear to sleep in the bed she had shared with him. She found it too painful to engage in activities they used to do together. She no longer ate regular meals because preparing them was a too-distressing reminder of her loss. And she remained alternately angry with the medical staff who cared for him and with herself for not recognizing his illness earlier.

Symptoms of complicated grief commonly include intense yearning, longing or emotional pain; frequent preoccupying, intrusive thoughts and memories of the person lost; a feeling of disbelief or inability to accept the loss; and difficulty imagining a meaningful life without that person.

“People with complicated grief often feel shocked, stunned or emotionally numb, and they may become estranged from others because of the belief that happiness is inextricably tied to the person who died,” wrote Dr. Shear, of the Columbia University School of Social Work and College of Physicians and Surgeons.

“Complicated grief is like a wound that doesn’t heal and can follow the loss of any close relationship,” she said. The risk of complicated grief is greatest — 10 percent to 20 percent — among those who lose a romantic partner and even higher among those who lose a child. It is more common following a sudden or violent death and most common among women older than 60, she reported.

Among the factors that increase the risk is the failure of the deceased to have done advanced care planning, which can result in close family members having to make painful decisions about end-of-life care with no guidance from the dying person.

Should treatment for the underlying disease be continued until death? Should the person be attached to a ventilator or feeding tube when there is no hope for recovery? Should CPR be attempted if the heart stops? Such choices are best made when the person is mentally competent and able to discuss choices with next of kin and one’s physicians.

“The more awful the circumstances surrounding the death, the greater the risk of complicated grief,” Dr. Shear said in an interview. Thus, survivors of those who died in the horrific car-train crash in Valhalla, N.Y., on Feb. 3, like the parents of children who died in the Sandy Hook Elementary School shooting in December 2012, are more likely to experience complicated grief than, say, I was following the expected death of my husband from cancer five years ago. He had made it clear well in advance that no extraordinary measures be taken to extend his life.

Holly G. Prigerson and Paul K. Maciejewski of Weill Cornell Medical College in New York have developed a Grief Intensity Scale that can help individuals determine if their reactions to a loss are severe and prolonged enough to warrant treatment from a mental health professional.

Some 30,000 survivors have completed this scale, “but very few people — 7 to 10 percent — screened positive” for complicated grief, Dr. Prigerson said in an interview. At greatest risk, she said, are people who have lost “the love of their life” or who were strongly attached to or dependent upon the person who died, as was the author Joan Didion, who recounted her intense, almost paralyzing grief after her husband died in “The Year of Magical Thinking.”

Complicated grief is more than just a life-disrupting emotional response. It has been shown to result in neuropsychological abnormalities, including changes in brain activity that can impair memory and the ability to regulate emotions. Untreated, it can result in prolonged sleep disturbance, substance abuse, suicidal thoughts and behaviors, immunologic abnormalities, and an increased risk of heart disease and cancer.

People with intense grief reactions are commonly prescribed antidepressants. Though sometimes helpful, drugs are not the most effective way to treat the disorder, Dr. Shear said. Rather, an approach called complicated grief treatment, which relies heavily on strategies used in cognitive behavioral therapy, is most likely to achieve results in the shortest amount of time, she said.

In 16 weekly sessions, it helps those with prolonged grief find ways to think about the death without experiencing “intense feelings of anger, guilt or anxiety” and function more effectively “by generating enthusiasm and creating plans for the future,” she wrote.

Unlike interpersonal psychotherapy, complicated grief treatment is highly structured. Each week, patients monitor their grief reactions and are assigned specific homework activities to help them adapt to and accept the reality of their loss.

In effect, people “reinvent their lives by revising goals and making plans” that do not include their lost loved ones, Dr. Shear said.

Proactive Advice for Dealing With Grief: Seek Out New Experiences

New model is a pendulum swinging between pain and positive emotions

But in recent years researchers and experts have found little evidence that these stages exist. People who bounce back after a death, divorce or other traumatic loss often don't follow this sequence. Instead, many of them strive to actively move forward.

"The traditional model of bereavement is that there is work to do," says George Bonanno, a grief researcher and professor of clinical psychology at Columbia University's Teachers College, and the author of "The Other Side of Sadness." "There has never really been any evidence for that."

Each person's grieving is unique, of course. But in a 2002 study of older men and women who had lost spouses, Dr. Bonanno found that in 50% of the participants, the main symptoms of grief—shock, anxiety, intrusive thoughts, depression—had lifted within six months. "The majority of people can function pretty soon afterward," he says.

Instead of five stages, Dr. Bonanno compares grief to a swinging pendulum. People get very upset and then feel better—over and over again. A person may be crying and then suddenly laugh at a funny joke or memory. In time, the periods between pendulum swings get longer and gradually the pain subsides.

People often feel guilty about moving on, says Camille Wortman, professor of social and health psychology at Stony Brook University, in New York, whose research focuses on grief. "This is why it doesn't work to just try and feel better," she says.

It's important to ask yourself, "What matters most in my life at this time?" Dr. Wortman says, and then focus on the answer. It might be your children, your health, your job or a passion for music or art. "Stay in touch with your values," she says. "This can activate positive emotion, which provides a respite from grief."

The advice boils down to: Get out and try something fun. Psychologists call it "behavioral activation." The idea is that feeling bad can lead to a downward spiral: You stop going out, quit exercising, sleep poorly, gain weight. Doing enjoyable things can reverse this trend.

Steve Govoni has been widowed twice. After his first wife died in 1998, he read about how the stages of grief are like a slow climb out of a valley. Mr. Govoni had two small children and a demanding job as a supervisory analyst. "Languishing in that valley wasn't a viable option, so I just soldiered on," he says.

In time, he met a wonderful woman and remarried. Then last March, his second wife died after an 18-month battle with cancer. This time, Mr. Govoni decided to tackle his grief head-on. He looked up old friends, took his son to Rangers games on his visits home from college and worked on enlarging his wife's gardens. He took his daughter to Broadway plays and volunteered as the photographer for her high-school drama productions.

"Grieving is never easy, but the combination of doing a job I love and maximizing quality time with friends and my daughter made it easier to move on," says the 64-year-old senior financial writer, who lives in Rowayton, Conn.

Ms. Aikman, a newspaper reporter at the time of her husband's death, used her journalism skills to research better ways to move through grief, with the idea that she might even write a book. She found out that grief doesn't go in stages, but in waves. "So I learned that this feeling of taking two steps forward and one step back was normal," she says.

She wondered: Why not form a support group of her own? She put out the word and found five other women who had been widowed between six months and two years. They planned to meet once a month on a Saturday night, emotionally the toughest night of the week, Ms. Aikman says. After their first meeting, the women made plans to try new activities together instead of sitting around talking about loss. "We needed to change if we wanted to be happy." Ms. Aikman says.

The women took a cooking class; went on a tour of the Metropolitan Museum of Art that focused on works about recovery and renewal; spent the weekend at a spa; shopped for lingerie; helped one member move into a new home; volunteered at a camp for children who had lost a parent; and invited several widowers over to compare experiences. Their grand finale was a trip to Morocco.

Through it all, they talked about how to move forward, to date, to deal with children, to merge families when they remarried. They discussed grief, too, of course—but only when it came up naturally in conversation.

Ms. Aikman eventually wrote a book about the women and their friendships; "Saturday Night Widows" came out last year. Ms. Aikman says she has heard from hundreds of people who are relieved to learn their grieving process wasn't strange even though it doesn't fit the stereotype. Many people said they'd been inspired to try something new—getting a dog, taking a trip, buying a car. One woman went to a jazz club alone, another learned to snowboard. Quite a few decided to form their own support groups.

"If you want to be happy, you have to grow and change," Ms. Aikman says. "And pushing yourself into new experiences is the way to do that." 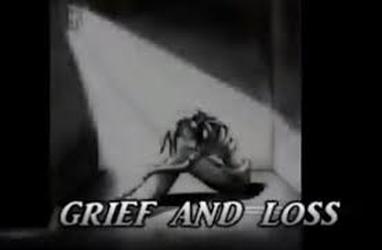